While you can’t exactly make your own pipe from scratch for a successful plumbing project, installing it is a different story.

Ideally, you shouldn’t install a pipe unless you have the experience, but you’ll find that having the knowledge of certain pipes can help you in case of an emergency.

Overall, six different types of plumbing pipes are used in different situations. Not all pipes, such as PEX, PVC, and ABS, are permitted everywhere, as they are made from durable plastics.

However, cast iron, galvanized steel, and copper pipes are typically accepted everywhere in the United States.

Ideally, you should consult an expert before you do anything, but it’s better to know what type of pipe is used for what and how you can fit them.

However, please note that you should contact a professional for any plumbing needs.

You’ll find that cast iron pipes are typically found in older homes, as is the same with galvanized steel pipes. You’ll notice it’s a heavy metal pipe that has a rough, dull black surface.

If you have any cast iron pipes that you want to cut and fit, then you should call in a professional.

Special tools are required: such as a heavy-duty reciprocating saw or a cast-iron pipe cutter.

They also need to be fitted with specialized joints and also require hubbed fittings and hubless couplings that utilize pressure bands.

Typically, if you have cast iron pipes, then it’s used for vent pipes and soil stack waste lines.

You might also recognize another plastic pipe that’s black in color: ABS, which PVC has largely replaced.

PVC is resistant to chemicals and heat and is easy to cut and fit. It’s also used to fix parts of cast iron pipe, so it’s helpful to know about. However, it’s not allowed in every State.

If you have PVC pipe, you can cut it with either a hacksaw or a tubing cutter. Then, each section is joined together via plastic pressure fittings.

However, a chemical solvent can put them all together for a more permanent solution.

However, you’ll find that if you do have ABS pipes, you can cut and fit them in the same manner as PVC pipes.

Both of these pipes are used for sanitary waste lines, vent pipes, and drain traps. So, if you look under your sink you may find PVC piping underneath.

PEX (Cross-linked Polyethylene) pipes are red and blue in color, with red used for hot water and blue for cold. Sometimes, you might even find them in white.

PEX has become a favorite for contractors who want to install new systems or upgrade old ones.

That’s because PEX is made of a high-density polyethylene polymer which is both strong and flexible. It can withstand temperatures between 32 and 200 F.

Unlike other materials like copper, it’s corrosion resistant and doesn’t develop pinholes. It doesn’t even need that many connections and fittings, which makes it a quick installation.

However, only experts should cut and fit PEX piping into homes. That’s because it’s both cut and fit with specialized tools that aren’t available to homeowners.

PEX is also used for water supplies and heating, so it’s better to leave it to the professionals.

There are two distinct types of copper pipes: rigid and flexible. They both come in varying thicknesses, with some used for water supply pipes.

It’s typically resistant to corrosion, but it can succumb to pinholes. In some cases, it can even rupture if there’s frozen water inside.

However, you need to be careful when doing anything with copper pipes, as they are also utilized for gas pipes too.

When it comes to cutting copper pipes, all you need is a tube cutter or a hacksaw. They’re then joined by either soldering the copper connectors or using compression fittings.

If you have a flexible pipe, then it can be finished by flaring the end and utilizing brass fittings.

Ideally, if you’re not familiar with copper pipes, it’s better to leave any adjustments with professionals.

This is especially true if you’re not sure if you’re handling a water pipe or a gas pipe.

Like cast iron, galvanized steel is one of the older types of piping. It’s resistant to corrosion and was used for drainage, water, gas, and many more reasons.

Nowadays, it’s more commonly used for gas supplies. However, it’s not necessarily used for water supply as much.

It can be cut using either a reciprocating saw or a hacksaw, which is then threaded with galvanized steel fittings.

However, galvanized steel isn’t used as often these days. Instead, it’s been steadily replaced with either PEX or copper pipe.

Unfortunately, it’s not the easiest material for homeowners to cut either, so it’s better to contact a professional.

That’s because despite having the resources to cut it, it is still a challenge to cut.

These are the main metals of pipe that you can often find in old and new homes. Overall, it’s better to contact a professional if you need to repair pipes.

That’s because if they’re being used, you don’t want to make your plumbing system worse accidentally.

However, knowing what materials can be used to replace older metals can help you when you need to pay for any supplies.

However, you might find that knowing the types of pipe can help you if you want to create your own adjustable DIY projects. 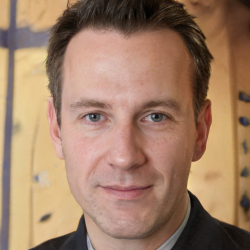